Many of you won’t need much introduction to JS as he’s been around and posting to various spanking message boards ever since the days of Arild in the early years of the century. Since Web 2.0 took off, he’s been a great supporter and valuable contributor to this site, amongst other blogs.

You’ll already know him as an authority on our subject whose knowledge and enthusiasm shines through, but what about his personal taste in mainstream spanking scenes?

An old black film in which a mother drags her grown daughter into the next room and whales away on her quite hard, seen briefly through the keyhole.

Richard Windsor uploaded this to Youtube a while back, but it’s now been removed due to “terms of use”.

9. Too Young to Kiss

June Allyson pretends to be a little girl and is treated accordingly by Van Johnson; notable for showing her still sore the next morning. 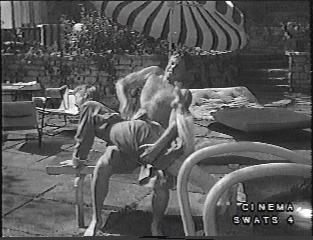 Also notable for the use of Allyson’s own slipper as the implement. Watch it here.

8. Across the Wide Missouri

Clark Gable’s squaw declines to admit their relationship and gets taken across his wide lap.

Marilyn Monroe is said to have fantasised about being spanked by Clark Gable so she was probably a fan of this scene too!

Robert Horton tames a spoiled Susan Oliver ; Horton was a major sex symbol at the time, so it must have set feminine hearts a-fluttering.

One for the ladies

The actress who really seems to relish her role as the strict mistress is Tina Shaw. Download the first part here and the second part here. (links from Chross)

Sean Young sets out to bust Patrick Bergin and gets her britches walloped for her trouble.

There’s a good write up about this scene on The Spanking News, and you’ll find a link to download the clip too.

At last, a film that looks, even if only light-heartedly, at the dynamics of an S/M relationship. 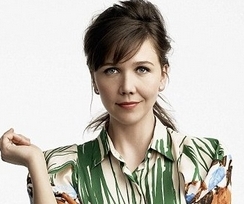 The careless typist who gets a very real spanking is of course Maggie Gyllenhaal.

We don’t actually see anything, probably because it was bare, but a splendid depiction of the humbling of a haughty aristocrat.

Jaqueline Fogt’s public comeuppance is the first scene to be nominated twice in “Reader’s Top Tens” so far.

How Elvis should be remembered.

Pay your deepest respects to The King of Rock N’ Roll here.

I hold out for the Maureen O’Hara scene, if only because that’s the one that lit my fire so many years ago; nothing like seeing such arrogance brought low. 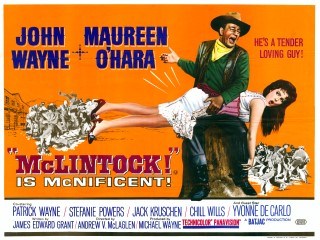 Talking of fire, John Wayne certainly sets Maureen O’Hara’s backside ablaze. You’re probably already familiar with the scene so why not try watching O’Hara and Stefanie Powers being interviewed about the movie (in two parts)?

Ever at the cutting edge, JS has just sent me details of a NEW mainstream scene that he has found. This will be the subject of my next Spank Statement, so don’t miss it.

If you’d like to have your own Top Ten mainstream spankings featured, please send me an email with your selections.

Read the other posts in this series: