I have a particularly fine Brit Bot to bring you this week from an actress who has been mentioned and pictured on this site before. Jessica Brown-Findlay, who played Lady Sybil in Downton Abbey, showed her bottom in the opening episode of mini series Labyrinth.

Irish actress Katie McGrath, best known as Morgana in BBC series Merlin, disrobed in the same episode and showed her butt too.

The German-South African co-production which follows two women’s search for the Holy Grail, has already aired in Canada, Korea, Poland and Portugal and is set to air in the UK and Germany early in 2013. A spanking for Brown-Findlay? That really would be the Holy Grail. 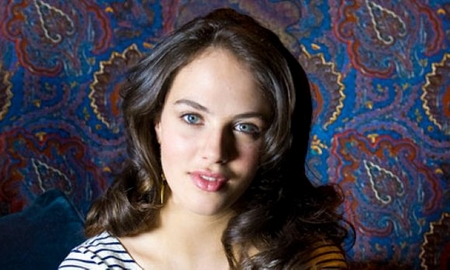 Recapped.com has all the nude clips from the first episode of Labyrinth here.  Or download Jessica Brown-Findlay’s scene here

One thought on “Brit Bot of the Week”